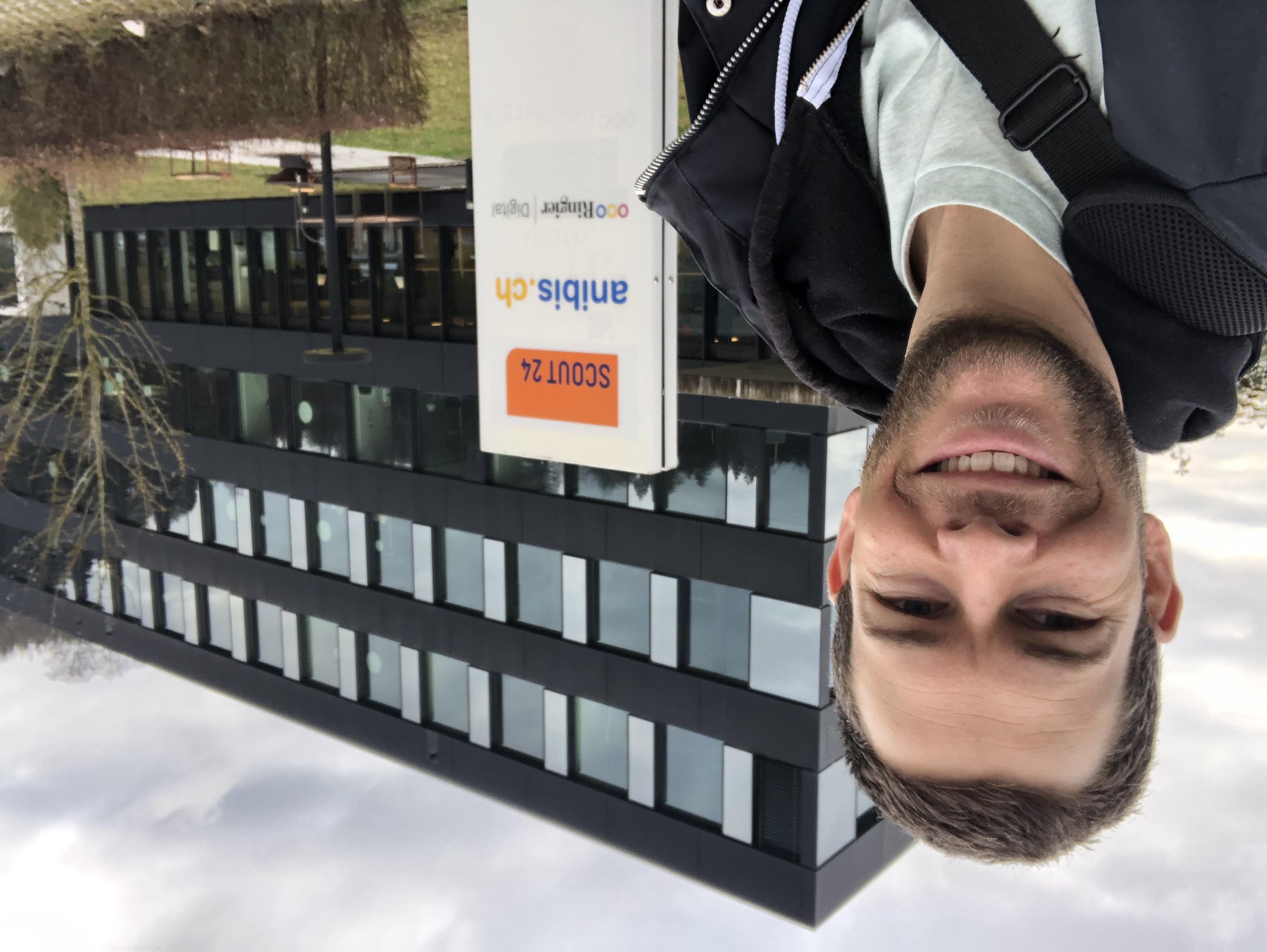 From building his ideas to supporting intrapreneurs succeed: How no-code changes lives

Even before becoming the co-founder of HuggyStudio by the end of 2020, Fabian Gmür always considered himself a constant learner. His studies and diplomas, however, do not speak for certain of all the experience he has gained throughout the years.

A Bachelor of Science in Business and later on, a Master’s Degree in Business Administration, were the beginning of an entrepreneurship path that was there to be discovered. From a Zurich-based startup, working on Google in Hamburg, Germany, being the head of marketing in a Bern-based startup, to entering the digital business and innovation sector.

From WordPress and Squarespace to learning Bubble.io

‍“When I was younger, I always tried to build websites, but I was never able to build my applications. I was always looking for technical support and also tried to learn how to code, but I didn't know what kind of language I should use”, remembered Fabian.

It was during his time at Scout24 that Fabian stumbled upon the no-code movement and the diversity of tools —especially Bubble.io— to start building his own applications.

‍“I worked 4 days a week, and that day I had free, I spent it to come up with new ideas and testing them out. I built landing pages in WordPress and Squarespace, but when I discovered Bubble and started leading the team at Scout24; the goal was to continuously create new products in the company”.

Fabian’s first application built on Bubble was Celebraid. Every time he had a birthday he found himself in the awkward moment of being asked by his friends what he wanted for a present, and he never knew what to say. So he managed to create an application where those friends could donate to organizations Fabian supported. The idea of donating money before the guests arrived, turned out to be a success; and even though the page isn’t active anymore, it was a kind online gesture for many birthdays.

With time, he discovered that many of the issues he encountered when researching, building, and validating business ideas for his private projects, were replicated in his daily job. He realized he needed to go the extra mile and start creating smaller projects to use the no-code tool Bubble, and continue finding solutions in his corporate job. This was just the beginning.

Some personal learnings into the corporate world

He started building applications like Celebraid in his free time, and many of those learnings were applied in his job at Scout24. The lack of technical resources inside the team, finding the right talent to develop new ideas, and the willingness to do it internally, were some of the problems Fabian kept on seeing.

So he began to launch initiatives and internal events for the company where employees could learn more about Bubble.io, see the power of no-code tools, and find innovative corporate solutions for different projects. They were faster than before and could get immediate user feedback to keep iterating on a better version of the projects.

“I was just able to build landing pages, but I was constantly searching for new tools that allow me to do more. That’s when I stumbled upon Bubble. In the beginning, I was not very good at it, but I got better by going through different documentation on their main site and mainly by trying and failing”.

Although Fabian's years in the corporate world nurtured him with many experiences for his future venture, he knew that the entrepreneurial environment was what resonated most with him. That, and his desire to be able to make his own decisions as a founder.

Even with most of his initial projects being related to social entrepreneurship, none of those ideas took off so far. Most of them are dead, and others like www.repair-rabbits.com continue to be developed.

Months after knowing more about the no-code movement in Switzerland, he got the chance to meet Daniel Abebe at one meet-up gathering. “I was very impressed by Daniel’s abilities and passion for entrepreneurship. He encouraged me to move on with no-code and empower entrepreneurs. So I said to myself: ‘if I don’t do it now —with him— I will never do it”, remembered Fabian.

The entrepreneurial vision with HuggyStudio

By the end of 2020, Daniel and Fabian founded HuggyStudio together. They aligned forces and beliefs that the no-code movement was going to be a game changer and continue growing around the world.

‍“We met in a cabin in the mountains for two days and did some sessions about our values and beliefs. What was important to us, and how do we want to approach this and different topics? Then finally, we agreed on being co-founders”, shared Fabian.

No-code not only opened a door for Fabian to have his own startup but also to support big Swiss companies launching their ideas to the market faster and cheaper.

“I think a lot of projects die because people don’t have access to technical know-how to build software on their own. No-code democratizes who's able to build software and therefore helps people bring their ideas to life. When it comes to social entrepreneurship, as there's often less money involved, many ideas will never be a reality if you have to invest so much money. But if you can do it on your own, a lot more ideas will make it out into the world”.

In his daily job as co-founder and CPO of HuggyStudio, Fabian helps to lower the barriers for innovation and product managers and teams, so they can bring more ideas to life. In his eyes, getting investment for projects is quite difficult. But if you have the right setup, you would probably not need it: with no-code, you can validate and test your ideas faster, and get feedback from potential customers even before heavily investing in other resources.

Early learnings as an entrepreneur

Below is a list of Fabian’s personal and professional experiences and learnings, from his diverse endeavors and working journeys.

If you are an entrepreneur like Fabian, and you are looking to build your own business, take a look at Fabian's "must have" in all entrepreneurs resources: "Identify your riskiest assumptions and test them".

In other news, HuggyStudio is currently building a new startup from scratch in public! If you want to be informed and follow the journey, take a look at: www.huggystudio.com.