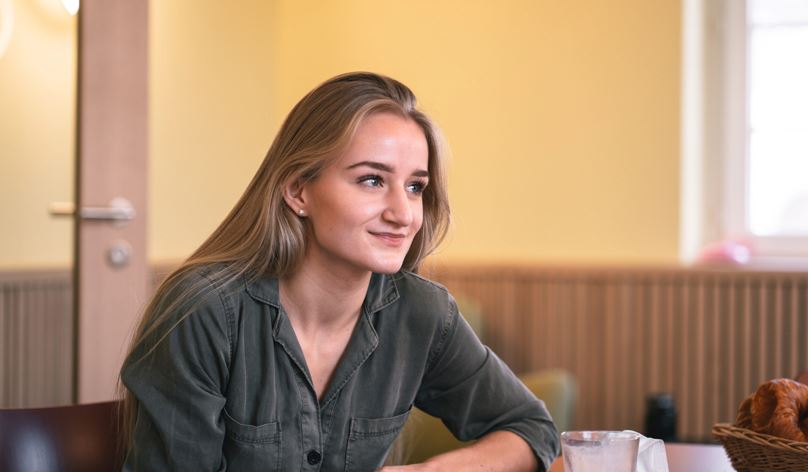 Why you don’t need an app to test your business idea, the story of Noii

It was during a community event at the beginning of 2022 when the HuggyStudio team had the pleasure of meeting Laura Matter, the co-founder of the Swiss dating platform Noii. The online event titled “No-Code Meets Dating”, was attended by a diverse group of people who joined to listen to Laura’s story about the creation of Noii, and how was the process of building the platform with the no-code tool Bubble.io.

Her story was an inspiration for many, not only because Laura is young and very passionate about her project; but also for her openness and charisma to share some of the challenges she deals with as an entrepreneur. How was her journey learning about no-code? How are they making the online dating world more authentic? And how with a simple prototype she could test her idea and get the first customers? These questions and many others were answered during the live session.

Laura Matter is 22 years old and lives in Winterthur, close to the city of Zurich. She would describe herself as: co-founder of Noii, one out of three members in the team and “with no fancy university degree yet, but responsible for hundreds of dates”.

Read Laura’s story about how Noii went from being a small project developed during COVID19 times, to becoming the startup that is today. Learn how the platform has grown since its launch in June 2021, and find out why it's better to date on Mondays.

The beginning of Noii

While working in an online marketing agency in Zurich —also during the lockdown— the main idea of Noii was born. The working hours of employees were reduced and all the clients canceled their campaigns. “We were just kind of sitting there and we could also be home... or do whatever we wanted. For me, that didn't really work out, so I started to do a COVID helping platform where people could support each other: from doing the groceries, going for walks with dogs, or anything else. People were just scared of leaving their houses”, remembers Laura.

It was a mix between “entertaining herself”, as she describes it, and finding ways to support other people with different things by building the platform from scratch. For Laura, the platform grew very quickly and it was nice to build it with that purpose.

“That was my very first experience of building a product or building anything because I did the website and even put my phone number as a hotline for support on it. So yes, I was on the phone all the time. There were also funny stories and conversations around that too, like when the hotline needed to be in French or Italian, and I speak neither of them (laughs)”.‍

Until one day, when two people from the platform actually met to go for a walk with their dogs and started dating. They met through the COVID supporting platform. That’s when Laura’s idea started to get stronger and she ended up with the decision of quitting her job by the end of 2021. After that, she joined the multigenerational project Silver Ox in Wagenhausen, Thurgau.

The project allows a young team to use the apartment and workspaces free of charge for 100 days to advance a project there. In doing so, the team is supported by the so-called "Silvers", represented by the older generation who live in rented apartments, or the so-called "Oxes".

“It's an idea incubator. So I just went there to tell them about my idea and, as they liked it, I could start the challenge and work and live there for free. They're going to help you start your idea from the ground, so that's what I did, and that's when I started throwing myself into the dating world” says Laura.

You don’t need an app to test an idea

That was, for Laura, one of the key learnings while going through the 100 days at Silver Ox. “And I can say that now, but back then, when working on my idea, I had a different thinking process” explains Laura.

As for many entrepreneurs, Laura’s thinking process before making her idea a reality went from building an app, finding someone who could build it for her —with code, of course— until realizing that she could start with something by herself, and getting to know how to leverage the power of no-code for her project. See below how was her process.

No-Code and the possibilities for a non-technical person

Even though her professional background has nothing to do with technology, knowing more about no-code tools, especially Bubble, helped make it easier for Laura to further develop Noii.

“I was really excited when hearing about no-code for the first time. My friend recommended me Glide app and Bubble, so I looked into both of them and decided to use Bubble. I started on my own, which is possible even if you have a non-technical background, or you don't use these tools at all. But I did work with an agency for a few months because there are moments when you realize that some people are just so much faster than you, and you can save so much time if you just share with someone what you're trying to achieve”.

With the months, there was a lot of perfectionism in the process, but later on, Laura realized that “looking pretty” was not all that mattered. From designing every screen on the app that didn’t exist to understanding the hard lesson of not spending so much time on the little details that were not used in the journey. “Even nowadays, our Bubble app has a lot of bugs, but we understood that it does not have to be perfect at the beginning,” says Laura.

Noii focuses on video chat and video calls, as they think that's the key to having a more authentic impression of a person as soon as possible. “That's going to result in better dates, and a better or more exciting dating life, even in a relationship, hopefully”, says Laura.

From having forms for people to register to the events, to using Zoom for the calls, and continuously testing different set ups; the team created a page built with Bubble, and it was another step for the users to be able to create their profiles and log in when they wish.

At Noii, users meet a single person in a video call for the first time. “We got rid of the whole swiping profiles right and left, and all the selfies. So you really meet someone live during that video call”, explains Laura, while also emphasizing that they wanted users to be focused and have their complete attention in the conversation they are having. How? By getting rid of the whole dating 24/7 experience and only dating on Mondays for one hour.

“We took Mondays and we say: we're turning the shittiest day of the week into the best day of your life! So every Monday evening we have our video dating at eight o'clock; and the rest of the week, people should actually be dating in real life!”.‍

After six months of testing (until the end of 2021) and so far in the first quarter of 2022, these are some achievements Noii can share:

Bonus: extra questions for Laura from the event audience

How much time did you invest in Noii?

Laura: A lot of time (laughs). Over a year for sure, maybe around one year and a half. Let’s not forget that I work at the beginning as a freelancer. Important is that I am leaving with my parents and that’s an opportunity for me to save money. I understand that is not the same for everybody. I am in a very privileged position and don’t have an extra worry if I don’t have another job.

Laura: I learned it through Youtube videos and the Bubble academy, and also free courses. They have an amazing forum, and once you type a question you will get an answer rather fast. Also, look out for courses or bootcamps!

How did you finance Noii? You recommend starting with no budget, but how is it possible to also pay an agency?

Laura: first, when I started with Noii, I did a lot of things for free (a webpage in Wix, Zoom meetings, Google forms) and for those tools to start testing your idea, you only need a bit of money (like 200$ or less) and a laptop. When I started using Bubble I already had a mailing list of like 800 people signing up and people already dating. Bubble was the next step. From the beginning until now —almost a year and a half has passed— I paid around 5000CHF for an agency to build everything. I also lost money, like when asking people to fix some of the app screens that I never used. Something else: if you can charge your customers as soon as possible, that’s great! Most of the things I paid were from my own savings and personal earnings.

What do you hope for the upcoming months with Noii?

Laura: In the long run, having the mobile app. It’s the way to go and everything is mobile-first. You maybe have more opportunities with coded-apps but that’s very long-term thinking… now it’s important to continue getting users onboard!

As Laura said: “If you want to turn the shittiest day of the week into the best day of your life” join them on Mondays for the next Video-Speed-Dating.