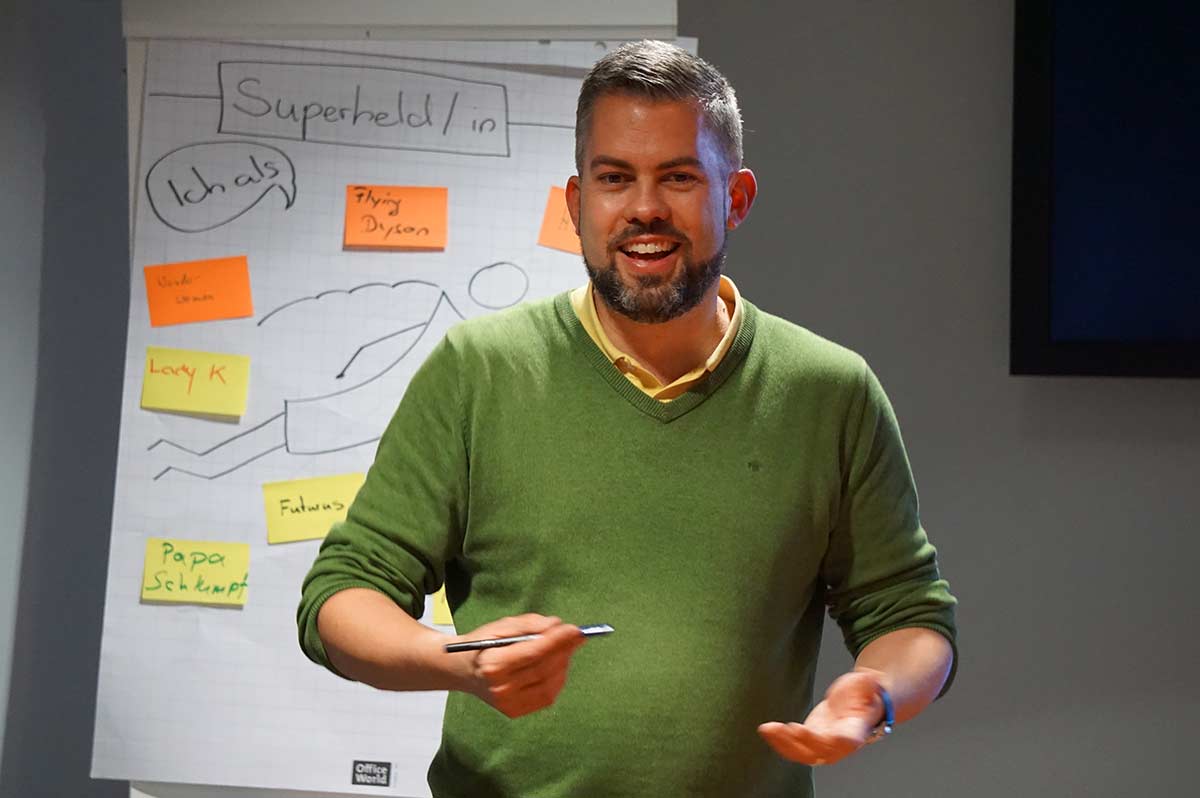 Learning about no-code to build a community of neighbors

When Roy Franke heard about “the no-code movement” for the first time, it was during a couple of online hackathons and festivals that took place in Spain. From a personal and innovative perspective, he was fascinated by the power of it and started to check for people and communities in Switzerland so he could continue learning and having meaningful exchanges.

By the beginning of 2021 he joined the Minimum Viable Conference, organized by HuggyStudio in Switzerland, which led him to later join the first batch of students in the No-Code Academy. There, he could work and build a couple of platforms on his own, among those, Sugar Cup: “the online site from the neighborhood to the neighborhood!”.

Sugar Cup is the digital platform where neighbors can network within the same community. From offering shoes at an affordable price to selling good carpentry with custom made pieces. It is free of charge and it's tailored for the users to see promotions and publications from the neighbors who are within a radius of about one kilometer from their location. This means, it is exactly the radius that you would have with the closest community. Sugar Cup has been live since the end of 2021, over 130 users have registered already and the platform is set up in four languages: English, French, Italian and German.

No IT developer in the team? Time to learn about no-code

On the professional side, Roy Franke is used to wearing different hats, although his background is in innovation and education. He is currently on the management board of a school —and acting as a leader— while creating vocational training for adults. He is also leading training certificate courses in digital marketing and, lastly, working as an independent consultant for organizations interested in sustainability and innovation.

When Roy decided to join the No-Code Academy, he was running a project about an online language learning platform, which was based on a technology that was very complicated to understand. “I could not improve the platform nor further develop it. I was always dependent on the technical person who left the team, so I needed to look for alternatives instead of spending many years trying to become a developer myself”, explains Roy.

No-code helped him on his wish and main motivation: to start developing digital products in a faster way and joining a strong community to stay in touch with the members and grow together.

Greenlemon was the first platform Roy Franke tried to “re-animate” during the no-code bootcamp. Greenlemon was a marketplace where teachers could offer their services, and users interested in learning a language —in a specific business context— could find the best match.‍

“The technology side of things was a big obstacle. We were not happy with the first draft of the platform and we were really losing motivation. We lack marketing resources and we were not sure if our product would actually be used. We needed to dedicate more time to it”, adds Roy, as some of the reasons why Greenlemon didn't succeed.

However, while Roy presented Greenlemon during “Demo Day” of the bootcamp (which is the final day of the program where the students showcase their digital platforms); his wife Martha Velasco was already participating in a social entrepreneurship course. That’s where Sugar Cup was born: a platform where neighbors can get in contact, interact and help each other!

With the no-code knowledge Roy had, specifically using Bubble.io —one of the most popular no-code tools—, he decided to build Sugar Cup himself. “It was the perfect opportunity to continue working on Bubble so, in the last weeks of the bootcamp I was working on both projects at the same time”, explained Roy.

Have you asked yourself how well you know your neighbors and what is currently happening in the municipality?

For Roy Franke and his wife Martha Velasco everything started back in the spring of 2021, when they realized how little they knew, supported, or had any exchange in the neighborhood. “We also found it sad how often material things —like bookshelves, sofas, TVs, etc.— that were actually still intact, were dumped on the street. We knew someone else would have been happy about it… if they would have known”, explains Roy.

They saw an opportunity because even though few people communicated via digital channels, unfortunately, most of the time messages were anonymously or even from people that were not from the neighborhood. So they wanted to create a digital platform where people could network within the same community.

“For a few months, we talked to many neighbors about our idea and we encountered a very positive response! Then we got down to work and started developing the platform ourselves and since then, the first version of Sugar Cup is already online and running!”

By default, Sugar Cup is tailored for the users to see promotions and publications from the neighbors who are within a radius of about one kilometer from their location. Besides English —and to facilitate users joining the platform— Sugar Cup is also set up in the main spoken languages in Switzerland: French, Italian and German.

The value of no-code and joining the bootcamp

Even after the 12 weeks of the no-code academy, Roy Franke continues working with the tool Bubble.io. He finds extra resources —or spaces to exchange ideas with other users— in different platforms like Facebook groups.

“The technical skills can be learned everywhere but what I found very useful during the bootcamp was the approach of thinking deeper in my idea. It was valuable for me to start putting the puzzles together before creating; also define what are the features and must have elements to set up the whole database from scratch and in a visual way. The other aspect was the meaningful exchange inside the community, sharing the experiences, pushing and supporting each other. Not only from the academy teachers but also between the participants”.

Something else that Roy appreciates the most about no-code and Bubble is the fact that he can test his idea in a very short time after receiving customer feedback. “A bigger advantage is that as I am building it myself, I can also fix it and better understand what I'm selling or promoting” highlights Roy.

Sugar Cup in the coming months

Sugar Cup has been live since the end of 2021 and over 130 users have already registered. When asking Roy what he hopes for the upcoming 5 years with Sugar Cup he says: “To conquer the world! (laughs) I wish and I think that Sugar Cup should stay as a social project and as a non-profit. Which doesn't mean that we won’t earn money, at least what we get will help to finance all the maintenance of the platform. I also hope to have a responsible team working full time on the platform and that it’s rolled out all over Switzerland!”.‍

Platforms similar to Sugar Cup already exist in countries such as Germany and the United States, where they are not only widely used by their neighbors, but have also attracted large capital investment.

In the future, it is also possible to finance Sugar Cup and find collaborations with different municipalities, institutions, and city departments —e.g. the City of Zurich. Another idea is to open the platform to commercials, like restaurants from the area or real estate companies who will be able to post on the platform and inform the community about their activities or promotions.

If you also want to build a digital neighborhood close to you, you can contact the co-founder of Sugar Cup, Roy Franke, via email at roy.franke@gmx.ch

Want to read other stories from the bootcamp’s participants?

Check out: Building a marketplace with no-code‍