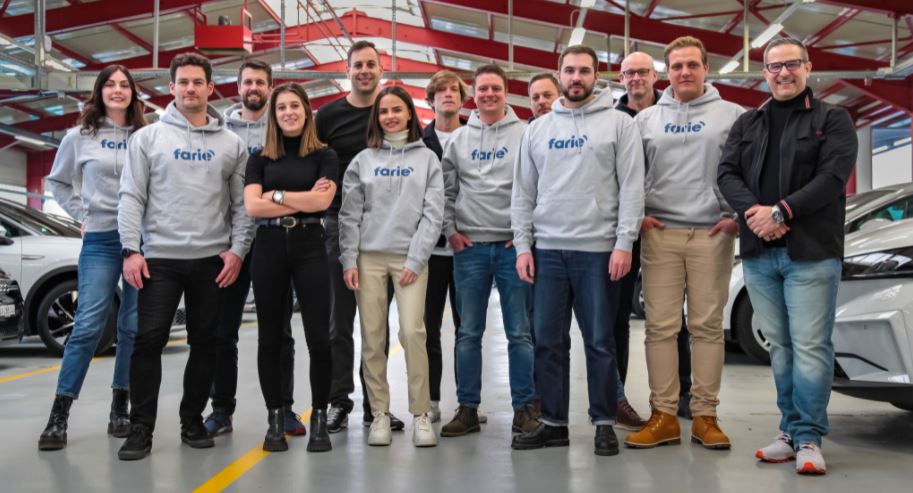 To understand the story behind Farie.ch, it’s important to recap where the initial inspiration and thoughts came from: Carvolution. Carvolution is well known in the Swiss market for its all-included monthly subscriptions to rent cars. Farie, however, aims to support users buying cars online, in a secure way and delivering them to your doorstep.

Pascal Kappeler, Chief Product Officer of Farie, highlighted the value of working with HuggyStudio —the team responsible for building the online platform— and how using no-code tools was key to the success of the project. Farie was launched in the last quarter of 2021 and already employs over 10 people.

Bubble.io and Webflow —as part of the most famous no-code tools— were used to build Farie and many of its features: from creating an inventory of cars with filtering functionalities, having detailed profiles with 360-degree images, to integrating swiss payment providers to it.

The platform initiated by Carvolution.ch

If you ever wanted to buy a car completely online, and didn’t find the right page to do it, Farie is now the solution you were looking for. Farie was born with the idea of supporting users buying cars online and making the process completely digital.

“As for Carvolution, we wanted to make Farie as digital as possible. So that you, as a user, could be laying on the sofa and buying your next car online. We are constantly tracking what’s happening online (in terms of trends) to continue adapting our platform and learning”, explains Pascal Kappeler. For the whole company, it is key to make the user experience as good and as simple as possible; that’s why every car purchase on Farie comes with a 14-day money-back guarantee.

Since the beginning of his career, Pascal’s main motivation and interest has been on the customer experience and becoming “the perfect intermediary between clients and the technical teams implementing the applications''. First, he had some work experience in the banking sector, to later jump to a web agency in Zurich, going through some startups (including his own) until becoming the current Chief Product Officer at Farie.

The power of no-code tools to build Farie

By using platforms like Bubble.io and Webflow —one of the most famous tools in the no-code ecosystem— HuggyStudio built the whole digital infrastructure of Farie in just three months. What users can currently see at Farie is just the tip of the iceberg, considering that the process of selling cars online is complex and requires a wide variety of procedures behind the scenes.

Creating and adapting many features in a short time, finding ways to accelerate the speed to launch, and building from zero the green-field project, were some of the challenges that Farie encountered in their journey.

"HuggyStudio’s interdisciplinary mindset and the fact that the team knew what they were doing helped us implement very quickly what needed to be developed. From speeding time to market, to having a team actively thinking about the product itself. The team did not simply stay in the role of receiving and adapting the features, they also helped further improve our platform."

For Pascal Kappeler having a backend system where they can manage the cars that they want to sell, as well as the cars that they want to buy from other customers, is a great step. “We are not only taking cars from Carvolution but also taking cars from private customers who want to sell it. So basically, we now have a platform where we can sell high quality cars. The idea started with Carvolution but now we opened up the sourcing channels to pretty much all the cars that we can get”, explains Pascal.

Saving time and costs with your MVP

From the first moments of intense team collaboration, until the day that Farie was launched, many goals were achieved. Working with no-code tools like Bubble.io and Webflow, the high iteration speed, and how fast the platform was developed and launched to the market were key aspects to the success of the project.

‍“We were prioritizing the (user) stories and also developing them on the go. Having an agile and interdisciplinary team, combined with good and short communication paths, led to a lean setup where we did not spend hours in talking about what to do, but doing them” refers Pascal.

Especially at the beginning of the project, Farie didn’t have enough human and financial resources to take over all the parts that needed to be developed. For example, in product management, “that’s where HuggyStudio stepped in and did a lot on their own” says Pascal, who since joining Farie has taken care of distributing the main roles accordingly and focusing on the tasks that add the most value.

Using visual programming tools enables companies and entrepreneurs to get faster results to better define, execute and launch new products to the market.

Farie in the upcoming months

Despite some of the challenges that the team encountered, and after launching: where is the company going in the upcoming months and years? Thanks to no-code tools the main steps of the project were made, and the time to launch to market was also reduced. Over time, Farie expects to take and adapt things internally. “Our main idea is to also be able to manage and maintain the platform ourselves. I am not a developer, and I never used Bubble.io before, but right now I would say I can do pretty much everything that Bubble allows me to do. The learning curve was quite steep, but it didn't take a long time to actually be productive”, emphasizes Pascal Kappeler.

Currently, the Farie platform is a complex one that is continuously growing on a daily basis. For the team, the next initiatives will include creating a portal where users can log in and manage their bought and sold cars, having a space where they also can get a status of when a car is ready, and improving the process of buying cars from private clients.

“We are aiming to grow soon. Not only by increasing the number of users and revenue, but also by improving the user experience and getting closer to the customer. We want to offer more convenience and more diversity in the offer so that a person can actually get a car how they want to have it”.

No-code tools can smooth the process when working with innovation projects at any corporate level. “If you want to build a minimum viable product (MVP) and easily start at low costs, Bubble.io is a good option, I do see possible paths of how Bubble can boost innovation”, says Pascal Kappeler.

No-code helps with the creation of functional products easier and faster in comparison to traditional development. Pascal mentioned the variety of no-code tools available in the market depending on what a team needs are and what is expected to be achieved. From organizing data with tools like Airtable, to integrating platforms or automating tasks with Zapier. Those are just some of the ways to boost innovation and bring ideas to reality in corporate teams.

If you want to read the first part of the Farie story, check Building a platform without code to buy cars completely online!

You can also build your digital product with HuggyStudio! The team specializes in launching new products with no-code, at a fraction of traditional development's time and costs.

If you still don’t have a project to work on, no problem! HuggyStudio is offering free workshops for your innovation team to understand more clearly the power of no-code when building your ideas!